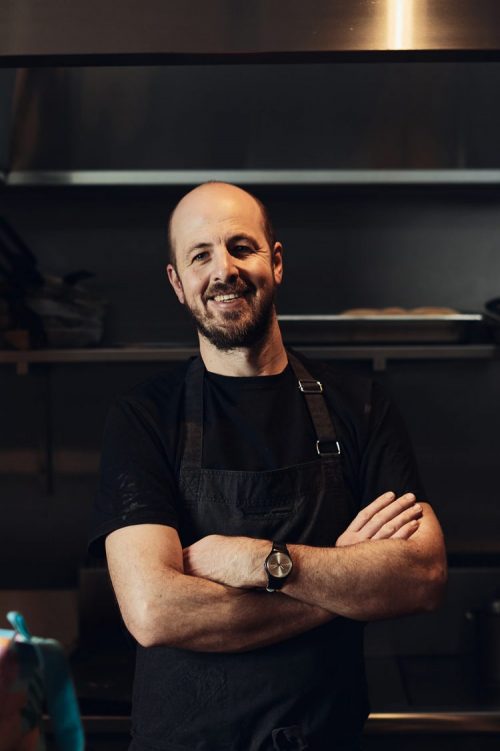 Julian Hills,  chef and owner of award-winning Navi Restaurant in Yarraville is looking forward to welcoming diners back into his  small  dining room in November.

Like everyone, he’s had a hard year trying to find balance, support his staff and find other revenue streams, including Navi Bakery that sold out every  weekend it was operating.

We checked in to see how he’s going.

What have been the biggest challenges for your business in adapting again in the second lockdown?

Keeping up morale has been the biggest challenge the second time around.

The first time was about working through how we did it and feeling relatively positive. We knew it would be ok, everyone was in the same situation.

Then we opened for the month in June and could do 16 customers per service.

Everyone started to get back in the swing but then shutting down again;  morale hit rock bottom.

the waste of packaging. The dishes we chose don’t need too many containers.

2. What have you learned about yourself during this time?

That I haven’t stopped for 20 years, that’s what I learned. My wife and I have had more time together over  the last six months than ever!

I also realised that I need to know where I’m going and have found it incredibly hard to be motivated during lockdown.

I’ve been making cheeses, miso and trying to  learn new stuff that I don’t normally have time for. I wish I was doing pottery at the moment but  haven’t had access to my pottery wheel recently so am trying other things.

3. How are you, your family and your team?

Overall we’re good. It’s been hard for the guys, it’s ok for a while but it takes its toll.

Although morale is picking up and our dinners for two are still going well.

We open the bookings on Saturday morning (tomorrow Oct 24) from November 11. It’s going to be a bit different but its great to see the light.

We are running two sittings of 10 people with a two hour time limit. I believe we can still offer the full Navi experience in that time.

I’m very excited to get back into it.