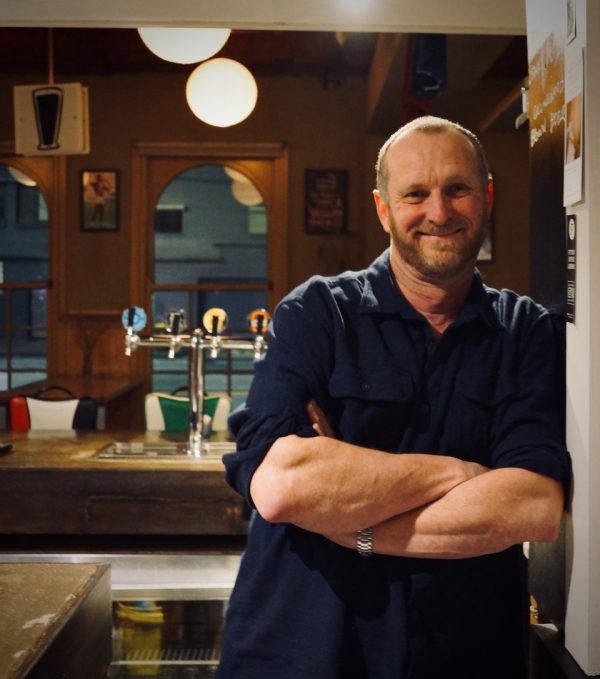 Patrick Walsh, publican of Fitzroy’s Commercial Club Hotel since 2006, is leading his team and community during the Melbourne lockdown. Like all hospitality businesses, the popular pub has taken a hit but he’s got his team helping around the historic building (its original incarnation established in  the 1850’s) and is selling conversation-stopping sausage rolls every Friday.

1. How has the Commercial Club Hotel adapted to the changes these last months?

As soon as it happened, we turned everything off and gave away everything we couldn’t use.

We got the team in to help paint the place, do jobs that needed doing and gave beers away to our local crew, I didn’t want to throw draught beer away.

Then when it came to reopening on June 1, I wasn’t emotionally ready for that so we opened in-line with the footy. It made sense for us to start with the footy anyway and it allowed us to take bookings for people around that because they couldn’t go to the actual game, they wanted to be part of something.

In the first three weeks of opening – four nights a week – we were full 11 out of 12 nights, the fourth week tapered off a little.

Numbers [confirmed COVID-cases] were going up and I think it would be naive to think things weren’t going to change back somehow.

We had a cry in our beer for a minute –  myself included – and I have to say, it does  get you thinking heavily about how, why and when your business works.

We  have a very solid local crowd, we are definitely a local pub. We decided to do Sausage Roll Fridays and set up takeaway window between 4 and 6pm every Friday. We  sell sausage rolls – my mum’s recipe, her tomato sauce recipe, too – until they’re sold out and takeaway beers.

It’s very important for us to get us in the kitchen  and do something like we normally do but it’s also so important for our regulars  to  see that  we’re here and that we’ll be here when the damn breaks.  It’s also great for the regulars to see each other.

2. What has surprised you about yourself over the last few months?

In other situations, it would be easy for me to lose my rag early in the piece and with this I didn’t.

I also got a lot of messages and lots of support from people and it made me realise sometimes I could give myself more credit.

I was concerned about how the team were going to be, I was conscious of the  importance of  keeping them going. We’ve  spent a lot of time together and are much closer than we were.  We bonded over the work we did with the building and when we reopened, everyone was really supportive and enthusiastic.

With the current closure, we’ll finish off the jobs around the pub that needed doing and keep going.

For me to keep going,  my wife Lucy has been everything through this whole thing, she’s my hero really.