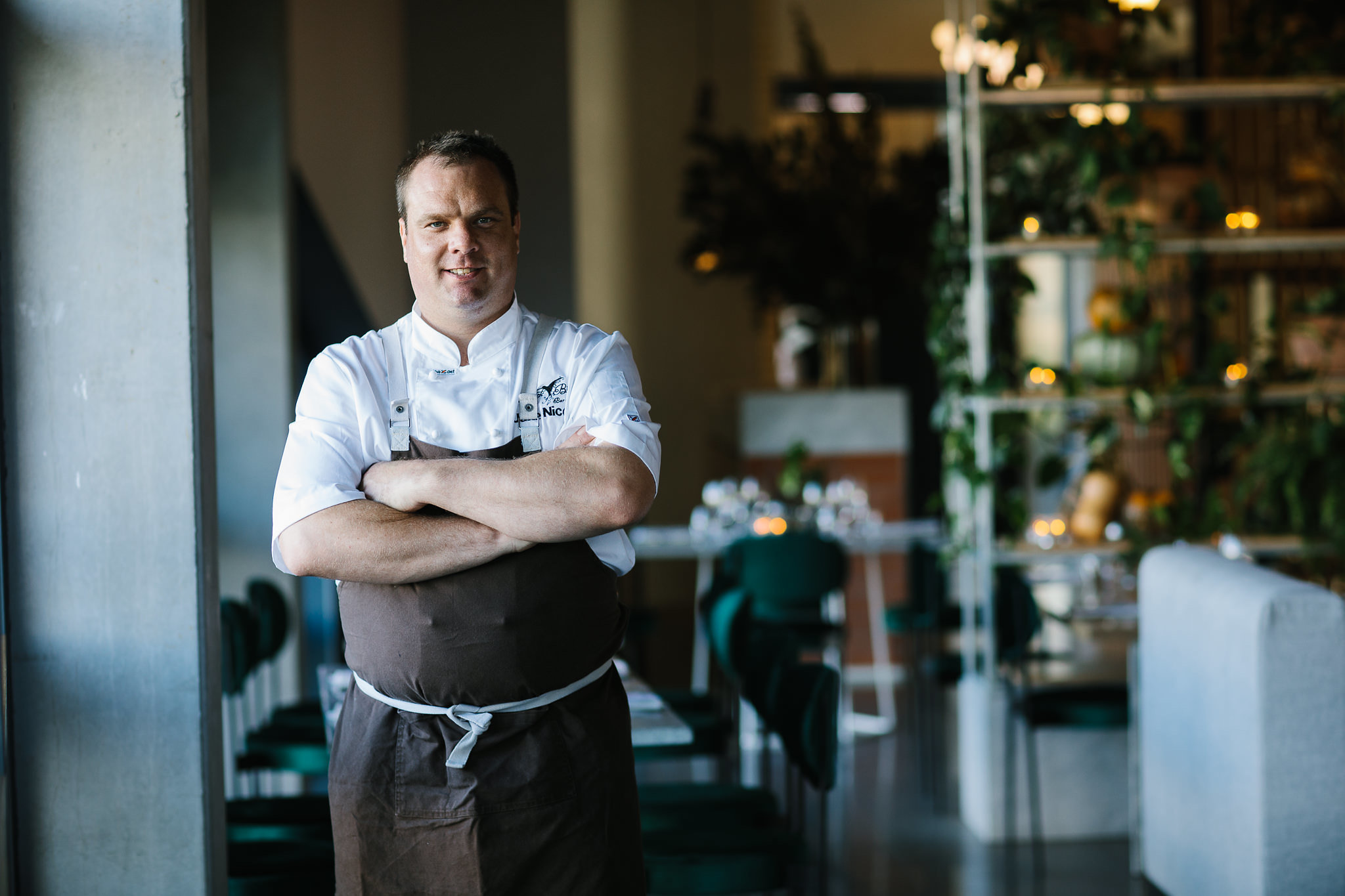 Queensland lifted their restaurant restrictions yesterday, with 10 people at a time allowed in a dining space. So, we had a chat to Jake Nicolson, executive chef of the Ghanem Group in Brisbane who own and operate Donna Chang, Blackbird, Byblos (one in Brisbane and one in Melbourne) and Lord of the Wings.

1. How did you manage the closure of each one and over what timeframe?

The business’s started to wind down a couple of weeks before the official lockdown as the drop in trade became quite apparent.  We began to streamline our offerings to reduce the stock on-hand and lower the cost of goods as best we could.  There was no need for casual staff such as kitchen porters and cleaners, everybody had to muck in and work where needed.

The loss of international visitors meant that our private dining and events spaces began seeing heavy increase in cancelations, and within about two weeks there was no trade at all. The restaurants and bars followed suit. There are plenty of ongoing supply costs to restaurants that needed to be stopped; such as, linen, tea towels, cleaning and safety supplies, fryer oil, gas, electricity, pest control and many more.  We cannot just stop all the outgoings overnight, it’s a very costly exercise which is why relying on cash flow through customer trade is absolutely paramount to keeping the wheels of the industry in motion.

Then we had the issue of perishable food items. These are items that couldn’t be saved and there was a lot. Much  was given away to staff and picked up by Ozharvest, we were very thankful to them for taking the food away and not letting it go to waste.  All in all, it took three to four days of skeleton staff to officially close and lockdown the venues.

2. In your opinion, how will the hospitality scene in Brisbane look after this? How will dining out change?

The goal posts are constantly moving for the industry, we’ve seen restructuring and remodelling over and over.  There’s no doubt that many restaurants won’t be able to adapt to the ever-changing climate quick enough to save their skin, in saying that, the industry is full of fighters that do whatever it takes to work their way through the challenges we are facing. Either way, I think there will be less restaurants actually trading and possibly more staff looking for work.

There are some diners and patrons who are ready to return to the dining scene and enjoy restaurants, however there will most likely be many that are still reluctant to return to life as it was. Given the current restrictions, many if not all, will not be trading to their full potential for a while to come.  The producers and suppliers are equally feeling the pinch of this climate, on the back of the drought and recent bushfires. I would expect the prices of produce and menu items to rise, customer numbers to be lower and minimum spends or set menus to play a role in the rebuild.

3. How are you and your teams?

Well, I’ve cleaned under my house and baked enough banana bread for this year so I’m ready to get back to work. While it hasn’t been the greatest of circumstances I’ve really enjoyed my time at home with my partner, Penny and our daughter, Alba. It’s been valuable time to us as family and we’ve tried to make the most of a challenging situation, I know much of the team have taken the opportunity to do the same.

The team and I have been busy with our dark kitchen operating out of our Donna Chang site on George Street [Brisbane CBD]. We offer four cuisines from the one kitchen, all available for takeaway and home delivery via the many sites available. We officially opened for 10 pax last night, as the restrictions ease, it was great to have guests in the restaurant again.

People definitely made the most of the opening day, as we have two levels of businesses –  Donna Chang and Boom Boom Room. We were able to do two sittings 20 up and 20 downstairs for lunch and dinner.  So 80 pax on a daily basis makes it a worthwhile venture and a good start for us.